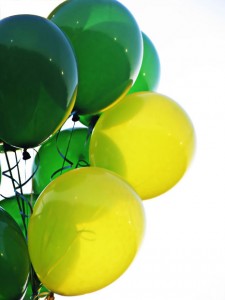 The balloons are out because I’m so excited to have Sharon Struth joining me today! Sharon is an awesome on-line friend as well as one of my all-time favorite authors. Her debut novel, THE HOURGLASS, is a wonderful story that makes you believe in second chances and happy endings. She’s going to share an excerpt with us that you won’t want to miss, along with:

3 Reasons to Read The Hourglass

Hi Dixie! Thanks for having me on your blog today. I’ll attempt to give you my three favorite moments from THE HOURGLASS, but it’s sure tough to only pick three!

#1 ~ Author CJ Morrison has charisma, good looks and personal problems. In the opening scene, CJ is furious because of a minor spilling accident (oops, on him) caused by Brenda, our book’s heroine. He yells at her and leaves her near tears.  Despite his grumpy attitude, though, he questions his meanness, lingering for a brief moment over the sadness he holds from losing his wife, too.  See, he isn’t all bad. 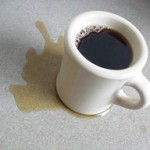 #2 ~ CJ buries deep pain over the loss of his wife (for which he blames himself) by choosing women he could never love. Due to his fame, he has no trouble attracting stunning, but conversationally vacant, beauties that cater to his whims. When Brenda runs into CJ later in the day, he continues to chastise her for making him late due to the accident. A sultry young thing stands by his side, making Brenda stew further. Her retort still sends me reeling with “wish-I-said-that” laughter.  Want to know what Brenda says? The excerpt is below. 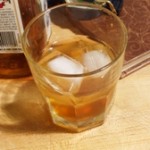 #3 ~ THE HOURGLASS is about forgiveness. One of the most painful scenes to write was when CJ turns to the bottle on the anniversary of his wife’s tragic death. He confesses to Brenda the role he played in his wife’s death, still unable to forgive himself. Brenda’s upset with him for drinking away his troubles, but nobody understands self-punishment more than she does. This scene sets the wheels in motion for their relationship to get stronger and for each to learn about the tough path to forgiveness.

The Hourglass has flawed characters that are trying to make their days better. How do you feel about characters who sometimes make mistakes? 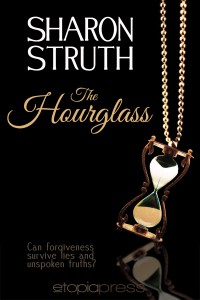 Until Brenda McAllister’s husband committed suicide, she appeared to have the ideal life: a thriving psychology practice, success as a self-help author, and a model family. But her guilt over her affair with Jack’s best friend prevents her from moving on. Did Jack learn of her infidelity? Was she the cause of his death?

The release of Brenda’s second book forces her into an unexpected assignment with arrogant celebrity author CJ Morrison, whose irritating and edgy exterior hides the torment of his own mistakes. But as she grows closer to CJ, Brenda learns she wasn’t the only one with secrets—Jack had secrets of his own, unsavory ones that may have led to his death. While CJ helps Brenda uncover the truth about her husband, she finds the path to forgiveness isn’t always on the map.

While a blazer had hung off CJ’s arm this morning, now he had something else draped there. A succulent specimen by any man’s standards, no less than twenty years his junior, looped her arm through his. Brenda couldn’t decide whether he’d chosen her as pure eye candy to play up his image or whether she was an actual girlfriend. Either way, she played her part to perfection. Her dark straight hair swayed as she took in the crowd and swaggered with her prize.

Men who chose to date out of their age bracket hit Brenda’s nerves worse than the sharp scrape of metal being dragged on a road surface. Many of her female clients approaching their forties and fifties complained the disregard made them feel invisible. She agreed.

Brenda’s furtive assessment screeched to a halt. CJ, now close by, stared straight at her. Remembering her earlier positive attitude, she attempted to ignore the nervous flurry in her stomach. Her mouth curled into a smile and the words “fancy bumping into you again” were poised on the tip of her tongue, waiting to launch.

His vision shifted away. She exhaled her relief a moment too soon. His stare returned and his brows scrunched close. In a nanosecond, the slow drop of his lower lip made it clear he recognized her.

“Not you again!” He leaned toward the young beauty latched to his arm, tipping his head in Brenda’s direction. “That’s the lady who knocked my coffee all over me.”

The beauty viewed her with indifference.

An unexpected gravitational pull swelled Brenda’s anger. Her cute quip ran into hiding. She no longer cared about winning this man’s favor. His rudeness left her feeling as if she’d been doused with hot coffee this time. Brenda clenched her fists. A year of internal browbeating over Jack’s suicide had left her easily irritated.

Brenda gripped the frail edges of her self-control. “I once again offer my apologies for the accident, by definition an unplanned event with lack of intent.” He looked down his sturdy, Grecian nose at her, so she stood and put her hands on her hips. “Shouldn’t you, as a writer, know that?”

Every line on his face tensed. “I could do without your sarcasm.” He leaned closer. “Thanks to you, I missed my meeting. Maybe tomorrow morning you could get room service.”

The brunette unleashed a tight smirk. CJ motioned for them to move on.

Brenda fumbled for a good retort. As he stepped away, the last word went with him. The same way Jack had the last word in their life together. A silent explosion went off inside Brenda’s head and propelled her anger forward.

“Mr. Morrison?” She raised her voice to be heard above the crowd.

He looked over his shoulder and arched a questioning eyebrow.

Brenda crossed her arms and fixed a phony smile as she nodded toward his companion. “It’s so nice of you to bring your daughter to the conference.” 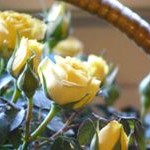 Novelist Sharon Struth believes you’re never too old to pursue a dream. The Hourglass, her debut novel, received first place in the Dixie Kane Memorial Contest and second place in the Golden Heart. She writes from the friendliest place she’s ever lived, Bethel, Connecticut, along with her husband, two daughters and canine companions.

For an excerpt, trailer or book group questions for The Hourglass, visit: http://www.thehourglassnovel.com

Available in Print and E-book at:

by Dixie Lee Brown Posted on November 8, 2013
This entry was posted in Books and tagged Author, Forgiveness, Sharon Struth, The Hourglass. Bookmark the permalink.