It still seems surreal. In just over two weeks, my very first novel is set to release. I go through the motions of promoting, editing, writing—all the things real authors do—sure all this good fortune belongs to someone else and I will soon wake up to my life as it was.

What will it take before I count myself an author? There have been many high points along the way that left me breathless and doing a little happy dance. Signing with my awesome and hard-working agent, Dawn Dowdle at Blue Ridge Literary Agency was one of the best. Dawn originally rejected my submission, sending a nice e-mail with several suggestions and offering to reconsider a revision.

So, of course, I filed it away with my other rejections!

Hey, in my defense, I was somewhere in the middle of book two at the time and coming out to revise book one wasn’t high on my list. And besides, I’m an idiot!

About a month later, I found the e-mail in my stack of rejections and went to work revising. I’m so glad I did!

The day Dawn called and told me Avon Impulse was interested in my book, and possibly a series, has to rank right up there toward the top, but still didn’t put AUTHOR behind my name. Although, signing a contract for three books kept me happy-dancing for a while.

Cover art was the next big thing. That was an exciting day!

A few days ago, the very first review for my novel was posted…five out of five stars! Maybe I’m a little closer to being an author than I was, but as far as feeling like one…not so much. Then I started thinking—what’s an author supposed to feel like?

I’ve had the privilege of getting to know several authors via e-mail and Facebook, and the thing that impresses me about each of them is NOT that they’re authors. It’s that they’re real people. They’re grandparents, wives, and parents. They’re pet owners and members of the PTA. They’re supportive, knowledgeable, and willing to help despite their own busy schedules. Yes, they’re authors, and darn good ones, but that’s what they are…not who they are.

So, now I have a new goal. I want to be a really great author just like them. 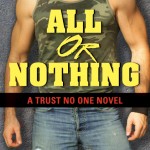 by Dixie Lee Brown Posted on February 24, 2013
This entry was posted in Books. Bookmark the permalink.