Today, we welcome EMMA LEIGH REED.  Let’s all give her a big warm welcome!

Emma is here to tell us a bit about her recently released book, SECOND CHANCES, but she said it would be okay to ask her a few questions first.

Let’s start with some writer specific questions before moving into the fun stuff. That way everyone can really get to know the person behind the writer.

Q: Is your writing style more plotter or pantser?  A: I’m definitely a pantser.  I typically get a one sentence idea for a story and run with it.  My characters develop as the story goes.  I definitely have learned to listen to my characters.

Q: Is there any particular author or book that has influenced you or your writing?  A: It’s really difficult to pick just one as there are many authors who have inspired me, but Barbara Delinksy is one of my all-time favorite writers.  I have read her books for years and she really has inspired me on my levels to write.

Q: What has been the toughest criticism given to you as an author? What has been the best compliment?  A: Toughest criticism was probably with my first book I was told my voice was very stiff.  I wasn’t sure what that meant and it took a while to figure out how to loosen up and relax my voice in my writing.  The best compliment given to me was by my editor who told me that when she reads my dialogue she can hear my characters talking it is so real.

Q: Tell us something about yourself that’s not in your bio.  A: I love to help others.  Although I’m a loner at heart, I just feel if I can help others my life is definitely worthwhile.  There has been a lot of heartache over the years in my life for various reasons and yet giving someone else a hands up on whatever they are struggling with brings joy to me.  And I have never traveled outside of the U.S. and long to travel and see other parts of the world.

1. What was the last movie/concert/show that you saw?  A: Last movie I saw was The Rewrite with Hugh Grant.  Awesome movie!  Last concert was Lady Antebellum, which I went to with my two adult daughters and even though we got soaked, it was the greatest night.

3.  You are going to be stranded on a deserted island and bring 3 luxury items.  What would they be?  A: Coffee maker (and coffee of course), a blue-eyed hunk, and my laptop.

4.  If you could have dinner with anyone, past or present, fictional or real, who would it be? Why?  A: Louis Armstrong.  I just love his music thanks to my grandfather who was a big fan of his.  I would love to just sit and talk with him. 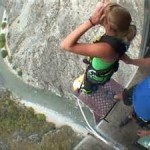 Okay, enough of that silliness. Let’s hear about your book. This is an absolutely gorgeous cover! 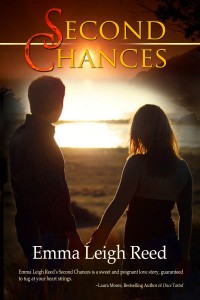 Consumed by guilt surrounding her husband’s death as she raises her autistic son alone, KIRA NICHOLS shuts herself off from everyone and everything. That is until GRANT RUTLEDGE returns to town to help run his family’s business. The spark between them is unlike anything either has ever experienced, but when Kira discovers a secret from Grant’s past, her suspicious nature puts up a roadblock to a happy future. She’ll have to overcome her suspicions and leave behind the haunting ghosts from the past in order to let love heal the broken trust she’s lived with for too long.

Kira Nichols pushed back her shoulder length light brown hair as the crisp salt air blew it across her face. As she walked up the path to the cul-de-sac, her sneakers left small impressions in the soft sand.

She sprang into a run when she heard the rumble of a sports car that was going too fast for a street where small children liked to play. She arrived at the cul-de-sac just as the vehicle skidded to a stop in front of the empty lot across from her house. Then she caught her breath as a lean man with rugged features got out of the car. He flashed her a smile that probably caused most women to melt at his feet.

As the man moved across the lot toward the foundation, which had been capped over and abandoned for about a year now, Kira squared her shoulders and approached him. He was at least six feet tall, and she felt minute beside him. She willed herself to appear calm, but she could feel her cheeks begin to flush.

“Grant Rutledge.” He paused and extended his hand to her. His deep voice, like a shot of brandy, was warm and soothing. She swallowed hard, her anger at his reckless driving temporarily forgotten. Then it flared back, and she ignored his hand.

“Do you know there are children in this area?” she demanded, planting her hands on her hips.

“My apologies if you felt I was going too fast.” He gave an exaggerated glance around. “There aren’t any children about now.”

He offered that smile again, and in spite of her anger, her heart softened for a moment. His hand was still extended, so she shook his calloused fingers. Tingles shot up her arm, and she struggled to keep herself from yanking her hand away. Heat flooded her face. She prayed he couldn’t tell.

“Again, I apologize. I hope you won’t think I have no regard for children.”

Kira turned to go. She gestured absently at his car and said, “I just know the type.”

As she forced herself to walk slowly toward her house, she could feel his eyes on her back. She felt both foolish and thankful that she had stayed in shape.

The solitude of the cul-de-sac was one of the reasons she had always loved this spot as a child whenever she had visited her grandfather. Her house, which she had inherited from him, had been the only one in this two-lot area for years, but it looked like they were going to pick up the pace across the street again. She hoped the new construction company would limit their work to business hours, particularly the hours when Jared would be in preschool.

She thought back to the long hours the last group of workers had kept when they put in the foundation. Jared had been unable to sleep due to the noise and disruption of his routine. Hopefully this time around the noise wouldn’t disturb him. He was just beginning to sleep through the night.

If only she could.

Emma Leigh Reed has lived in New Hampshire all her life. She has fond memories of the Maine coastline and incorporates the ocean into all her books. Her life has been touched and changed by her son’s autism – she views life through a very different lens than before he was born. Growing up as an avid reader, it was only natural for Emma Leigh to turn to creating the stories for others to enjoy and has found herself an author of contemporary and romantic suspense.  With a BA in Creative Writing/English, Emma Leigh enjoys sharing her knowledge with others and helping aspiring authors.

Emma, thanks so much for coming by and spending some time with us. Any final words of wisdom?

For aspiring writers, keep writing.  The only way to improve is to keep doing it.  For readers, keep reading.  You are the reason we write.

I know Emma would love to hear from you!